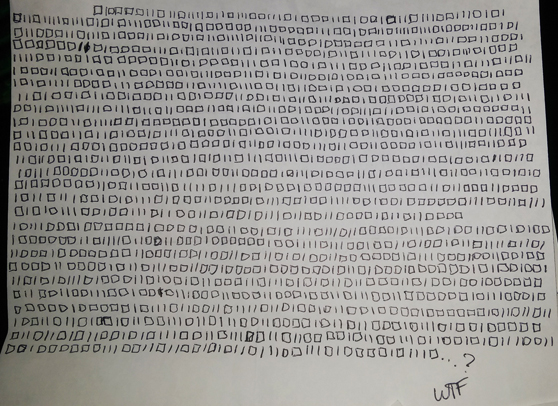 Please begin by listening to this statement from Admiral of the Fleet Lord Hill-Norton (above).

Just as I do not question the truth of my colleague and friend Dr. Jesse A. Marcel Jr.’s story about his first-person involvement with a crashed Extraterrestrial UFO in Roswell in 1947, or this statement from Admiral of the Fleet Lord Hill-Norton, I am just as certain that journalist Linda Moulton Howe publishes what she believes to be reliable, but oftentimes difficult to verify information, on her website Earthfiles (www.earthfiles.com).

Over the past few days and after reading Linda Moulton Howe’s Earthfiles October 3, 2015 report concerning a series of strange events that involved U.S. Army Sergeant 1st Class “C.J.” and his family, I have been feeling a deeper-than-usual level of frustration, resentment, and grave concern regarding our government’s / military’s long-standing and ongoing cover-up of the UFO / ET reality. I continually wonder what we might all do to help end this ill-conceived and harmful policy which began so long ago, and that continues through the present day. Given the content of the message (see below) received by “C.J.” as related in Linda’s Earthfiles report, I believe that we should all be very concerned. However, because our nation’s leaders have chosen to withhold the honest truth about ET visitation to this planet for so long, I know that most people are unlikely to take C.J.’s story or similar accounts seriously unless and until they hear the Truth spoken from our President, Barack Obama, in the up-front, straight-forward manner that Truth should always be spoken by a President of the United States of America.

Below I will summarize the main points of Linda's recent Earthfiles report. I encourage everyone reading this to subscribe to Linda’s website Earthfiles, so that you too will have access to not only her excellent and much more detailed original reports, but to all of Linda’s archived reports which are critical to gaining a comprehensive understanding of what has been transpiring on this planet relative to the UFO / ET phenomenon.

While still following their GPS but for an unknown reason (perhaps due to an unusually dense fog) they deviate from their I-16 course and instead turn on to US Hwy 1 N. At 1:20 AM on June 29, they find themselves in Wadely, Georgia (135 miles from Richmond Hill) and experience a huge, brilliant disc-shaped (UFO) over the road and above their truck. The UFO is an estimated 820 feet long and 160 feet high, and is at an altitude of 200 feet above their vehicle. They believe their UFO sighting to have lasted for between 5-8 minutes. However, it had been almost 5 hours since they left Richmond Hill. (i.e. the couple has approximately 3 hours of missing time). When they become re-oriented near a church in Wadely, their GPS unexpectedly indicates “arrived final destination”.

C.J. resets the GPS for Colorado Springs, CO and then drives just north of Atlanta to Kennesaw, GA. At 7:30 AM they check into the Magnuson Hotel. They rest there during daylight hours and then drive on through the following night (now June 30) to Padukah, KY, where they stopped to check into a Motel 6 at 5:34 AM. C.J. then finds himself in the bathroom of their Motel 6 room, awakened from an apparent trance state during which he was compelled to write down symbols consisting of lines and squares from left to right, on the back of the Motel 6 full page receipt. The symbols on the page as written by C.J. are shown in the photo (right).

It has been independently confirmed both by myself and another researcher (Dr. Horace Drew)  that C.J.’s symbols are in fact a message written in binary code that can be translated via a standard ASCII table. C’J.’s message reads as follows:

Linda’s Earthfiles report continues on from here, but it is here that I will end my summary of her report with this quote from her interview with C.J. that summarizes, in part, his “gut-feeling” assessment of what all of this might mean for humanity:

"I know its something that will affect us here on Earth. I know that our current state and our current advancement and technology and how we are progressing is happening too slow. And the way to fix that is opening up and allowing everyone here who’s kept in the dark or not being offered the information or not being told the information. One of the main things that needs to happen is we need to allow outside minds to know about this in order to solve the challenge of having to increase our advancement in technology and speed up our process for advancement.”

C.J., I completely agree with your assessment of what this all means, although I believe that our lack of advancement in both our spiritual and social development (rather than our technological development) are the areas of greatest concern. In my view the words in the message “imperative for planetary survival” carry with them a sense of urgency that should not be minimized or overlooked (nor covered up).

That those in our military / government who have taken the “might makes right” approach to preventing U.S. citizens and indeed all of Earth’s citizens from knowing the Truth about ET visitation to this planet is an example of the most un-democratic, unwise, and ignoble decision/policy-making that I have encountered during my 60 years of life on this planet Earth. From the message we have been given through you, C.J., and via Linda Moulton Howe, I, too, believe that it is clear that those who have for so long covered up this information MUST IMMEDIATELY RESCIND the UFO/ET Truth Embargo before it is too late. Through this message “they”, whoever “they” are, have delivered a mandate, a mandate that I would interpret as AN ORDER, that the Truth about the reality of ET/UFO visitation to this planet be finally and at once  revealed to all of mankind. From the tone of this message it does not sound as though there is a moment to lose.

As pointed out in Linda’s article by message analyst / code breaker Dr. Horace Drew, the first set of numbers communicated in the message, 49.27 n, 11.5e, are exactly the latitude and longitude geographical coordinates of Nuremberg, Germany. One visitor to The Jesse A. Marcel Library stated that her interpretation of why Nuremberg was referenced in this ET message had to do with the Nuremberg Trials post WWII, during which members of Hitler’s Nazi regime were tried for war crimes and for crimes against humanity. This clear reference to Nuremberg may have been included in the message as a reminder that those who continue to engineer and sustain “The Truth Embargo” have now transitioned into the realm of what many (including myself) will consider to be a conscious and willful perpetration of yet another crime against humanity, a crime which may well justify trials similar to those that were carried out post-WWII in Nuremberg. My advice: “Expose Hidden Knowledge to ALL citizens.” Do it NOW.